The Bradwood site is a 50-acre marine industrial site in Clatsop County, owned by Ken Leahy Construction.  A Portland and Western rail line connects the property to Astoria, the Portland metro area, and – through connections with other rail lines – beyond. 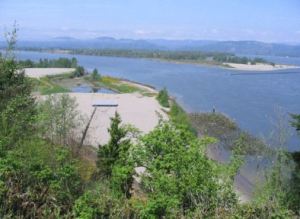